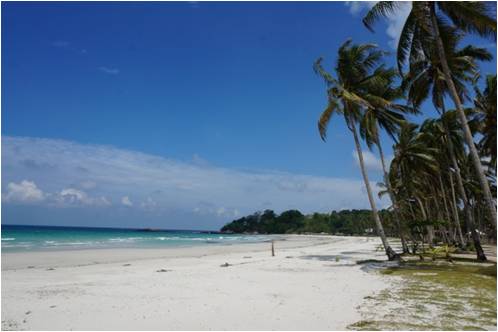 Bintan North Star (Alpha Pacific Group) is planning to build a hotel and beach resort on a 100-hectare plot of land along the coast of Be-rakit, Bintan island, with an initial investment of US$5 million. The company is planning to tap into the large potential for marine tourism in Riau Islands province in three stages of investment. Head of the Bintan Capital Investment and Regional Promotion Agency (BPMPD), Mardiah, said the groundbreaking ceremony for the construction of Bintan Northstar Resort was slated for Nov. 14.

It will mark the first phase of development, which is expected to last one year and cost $5 million.

“Northstar has been scoping for investment opportunities in Bintan for quite some time. Its plans are finally being realized after going through all of the necessary permit issuance processes,” Mardiah told The Jakarta Post on Wednesday.

She said Bintan was a promising market for marine tourism, as over 400,000 foreign tourists made their way to the Lagoi International Tourism Estate (KPIL) every year. Bintan’s integrated KPIL currently boasts seven resorts and an international-standard golf course on 23,000 hectares of land. Each year, around 300,000 tourists visit this region from Singapore.

The area was built under cooperation between the Indonesian government and Singapore, with construction work starting as early as 1991. KPIL officially opened its doors to the public in 1996.

“Northstar’s resort will be built outside the KPIL [integrated tourism estate], providing color to the region with its distinctly characteristic beaches,” she said. Furthermore, Mardiah said that the Bintan regional administration would be completing construction of the Berakit International Ferry Terminal to support the development of the Northstar resort. Ferries docking at Berakit make regular trips between Bintan and Singapore. “Access from Raja Ali Haji Airport in Tanjung Pinang has also improved. Previously it took one-and-a-half hours to get to Bintan, but now it’s only 45 minutes. These transportation means will encourage tourists to visit Bintan,” she said. Based on data from Riau Island’s Central Statistics Agency (BPS), Bintan has seen a 20 percent increase in the number of visiting tourists this year, with 30,000 foreign tourists visiting Bintan per month, up from last year’s estimate of 25,000 people per month.

During the Association of South East Asian Nations - Russia Summit 2016 in Sochi, Russia;…