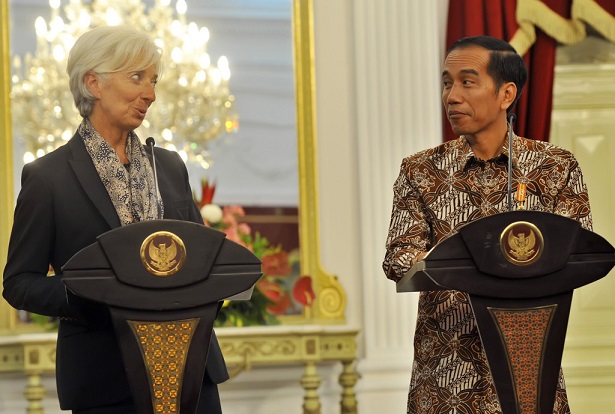 Jakarta. The International Monetary Fund (IMF) and the World Bank will hold their 2018 annual meeting in Bali, according to a statement released by the IMF on Tuesday.

“I would like to thank the government and people of Indonesia for hosting the 2018 Annual Meetings,” Christine Lagarde, managing director of the IMF, said in the statement.

“This will be a great opportunity to showcase Indonesia’s impressive economic and social achievements, as well as the culture, people, beauty and vitality of the country.”

It will be the first time for Indonesia to host the annual meetings of the two influential financial and development organizations.

Earlier this year, President Joko Widodo said  the global order should be opened to emerging economic powers and the “obsolete ideas” of post-World War II Bretton Woods institutions should be left behind.

“There is a shifting world reality … Those who say the global economic problems shall only be solved through the World Bank, the IMF and the ADB [Asian Development Bank], these are obsolete ideas,” Joko said. “There needs to be change. It’s imperative that we build a new international economic order that is open to new emerging economic powers.”

The IMF and the World Bank are at the center of the Bretton Woods global financial order created by the United States and European powers.

The IMF and World Bank meetings, typically held for two consecutive years in Washington, D.C., and every third year in a member country, bring together central bankers, finance ministers, business executives, civil society representatives, media and academics to discuss global issues, ranging from the world economic outlook to global financial stability and poverty eradication. The meetings are held in October.This year, the meetings will take place in Lima, the capital of Peru.

Lagarde is currently in Jakarta to attend a high-level regional conference organized by the IMF and Bank Indonesia, the country’s central bank.

(article via: The National) (photo: Kyrre Lien/Bloomberg) Funds on average have a 5 per cent…

Hong Kong blacklisted by the EU for its tax practices

David Wormley, August 6, 2015 Although the OECD has successfully cleared its list of uncooperative…