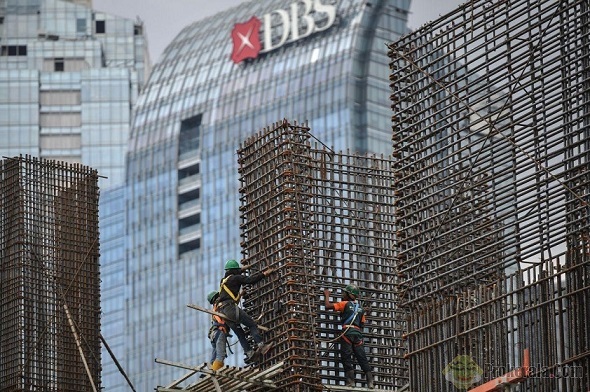 While Asia’s emerging economies account for less than 30% of global GDP, they contributed close to 60% of global growth in 2012 and are expected to do the same in 2013. Taking Indonesia as an example, some of the major drivers of such growth have been identified as, firstly a favorable demographic boosting labor supply, with for example Indonesia having 50% of its population under the age of 30; secondly growth of the effective market – an expanding middle class. Thirdly commodity endowments that are in high demand -the increase in wealth and cash flow related to the commodity boom have funded investment in the commodity sector and more broadly throughout the region’s economies. But arguably the most important factor in Indonesia’s economic growth had been the gradual decentralization of its regions. 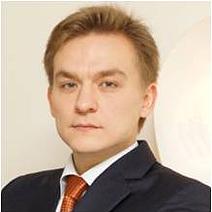 Starting in 1999, under the newly elected President of the Republic of Indonesia, B. J. Habibie, and continuing under President Abdurrahman Wahid and President Megawati Sukarnoputri the policies of decentralization from a centralized federal state took a firm hold. The new concept of regional and local autonomy was introduced, which was intended to substantially empower provincial and local governments. In reality, although all the necessary laws and policies were ratified in 2001, it was not until 2004, when there had been firmly established a substantial trickle down from the federal taxation revenues to the budgets of the local governments (16 bn. USD, Indonesian national budget figures), that visible change in local and federal power balance occurred.
From the perspective of foreign investors, this was seen as a boost to Indonesia’s attractiveness as a dynamically evolving economy. This can be seen from the increasing net inflows of foreign direct from 1.9bn in 2004 to 8.3bn in 2005 (World Bank, World Development Indicators), even during the starting pangs of the ongoing global financial crisis. Under the Long Term National Development Plan (RPJPN – 2005) and the Medium Term National Development Plan (RPJMN – 2010) most of the investment coming from abroad concentrated almost exclusively on the mining and manufacturing sector as well as the complimentary sectors of retail and transportation.

This, although leading to a robust overall economic growth, was recognized as not being sustainable in the longer term of Indonesia’s development. Which prompted the government of Indonesia to released a Master Plan (Acceleration and Expansion of Indonesia Economic Development 2011 – 2025, MP3EI) aimed at increasing  economic growth rates and moving Indonesia into a top ten economic power by 2025.

This longer-term strategy, which goes beyond, but is designed to be integrated, and coordinated, with the five-year development plans (RPJMN), aims to move Indonesia to overall growth rates in the range of 7 to 9 percent; the Master Plan recognizes the need for Indonesia to structurally transform its economy and change ‘business as usual’ practices in order to meet these goals. The new plan is based on three strategies: (i) the development of six economic corridors, (ii) the strengthening of national connectivity, and (iii) the acceleration of technological and R&D capacity. The first strategy aims to build centers of growth in each corridor by developing leading regional clusters, matched with the economic potential of each of the region based on its competitive advantages.

The main drive behind of the Master Plan is to combine sectoral and regional approaches to development within the identified economic corridors which are divided regionally. The sectoral approach focuses on identification of leading sectors within each corridor which have high growth prospects, and where Indonesia has the potential and ability to increase its competitiveness. The  regional component complements the sectoral approach and identifies, for each corridor, what regional or national regulations need to be changed, what investments in infrastructure are needed in the region, and what type of human resource development (HRD) and science and technology upgrading will be beneficial to growth in those sectors. This regional emphasis intends to bridge West and East Indonesia, helping to close the development gaps between islands.

Each of the regional economic corridors had the following development themes assigned to them by the central government:

Sumatra Economic Corridor as a “Center for Production and Processing of Natural Resources and the Nation’s Energy Reserves”.

Kalimantan Economic Corridor as a “Center for Production and Processing of National Mining and Energy Reserves”.

Sulawesi Economic Corridor as a “Center for Production and Processing of National Agricultural, Plantation, Fishery, Oil & Gas, and Mining”.

Papua –Maluku Economic Corridor as a “Center for Development of Food, Fisheries, Energy, and National Mining”.

The Master Plan also identifies for each corridor which additional investments, mainly in infrastructure, will be needed to ensure that the sector-specific investments will have maximum economic impact. Construction of roads, ports, railways, and power plants are given high priority. For example, further development of the coal industry in Sumatra and Kalimantan requires investments in rail links and in ports to ensure efficient transport of coal to others parts of the archipelago and for export.

Over the next 15 years, the Master Plan targets investments  of IDR 4,012 trillion  (USD 425 billion at current exchange rates) in these six regions of which 70 percent will be in the productive, processing and services sectors and 30 percent in infrastructure. Private sector investment is targeted as the key driver and is envisaged to cover 51 percent of this total. State-owned enterprises are targeted to contribute 18 percent. Central and provincial governments are to contribute 10 percent in the form of basic infrastructure provision, such as roads, seaports, airports, railways, and power generation. The remaining 21 percent will be provided from a mix of funds, including foreign investment and PPP’s (Private – Public partnerships).

Along with the investment targets, the new Master Plan also highlights the need to implement some cross-cutting reforms. These include synchronizing national and regional laws and regulations, developing a regulatory framework that supports increased domestic processing of commodities and putting in place incentive systems to promote investments and streamlining investment permits procedures throughout the country. What this will mean for the potential investors, is that there will be a significant simplification process of obtaining any necessary permits for investment projects, as well as being able to apply directly at the regional level, instead of federal, which can significantly speed up the process. This is also covered in the Master Plan, which states that the key to meeting its ambitious objectives is in the implementation. The first phase from 2011 to 2015 will focus on “quick wins” and on preparing action plans for the “debottlenecking” of various pending regulations, licenses, incentives, as well as preparing the ground for major investments. It is envisaged that these action plans will ensure that strategies are well implemented in the next phases.

The new Master Plan clearly aims to support domestic business and investment opportunities and constitutes a bold attempt by the administration to bring provincial and local government, business leaders and state-owned enterprises into one, integrated national development framework. The Master Plan is governed by presidential decree,  which will likely provide a better legal umbrella for frontline ministries and regional  governments while, at the same time, putting more pressure on them to support industrial  and infrastructure development. More broadly, the Master Plan provides strategic direction for investors on where the government’s economic development emphasis will be in the next 15 years. The Government is also aware that improvement of the investment climate and regulatory reform are needed to promote investments set out in the Master Plan, especially by the private sector. But, the key to successful implementation of such reforms will always be in their execution and enforcement.

For more inside information about the many opportunities for Investment in Indonesia, you can contact the author directly at gzoubov@apgroup.sg

by Gleb Zoubov In 1980s, the term Asian Century, was coined by a meeting between…