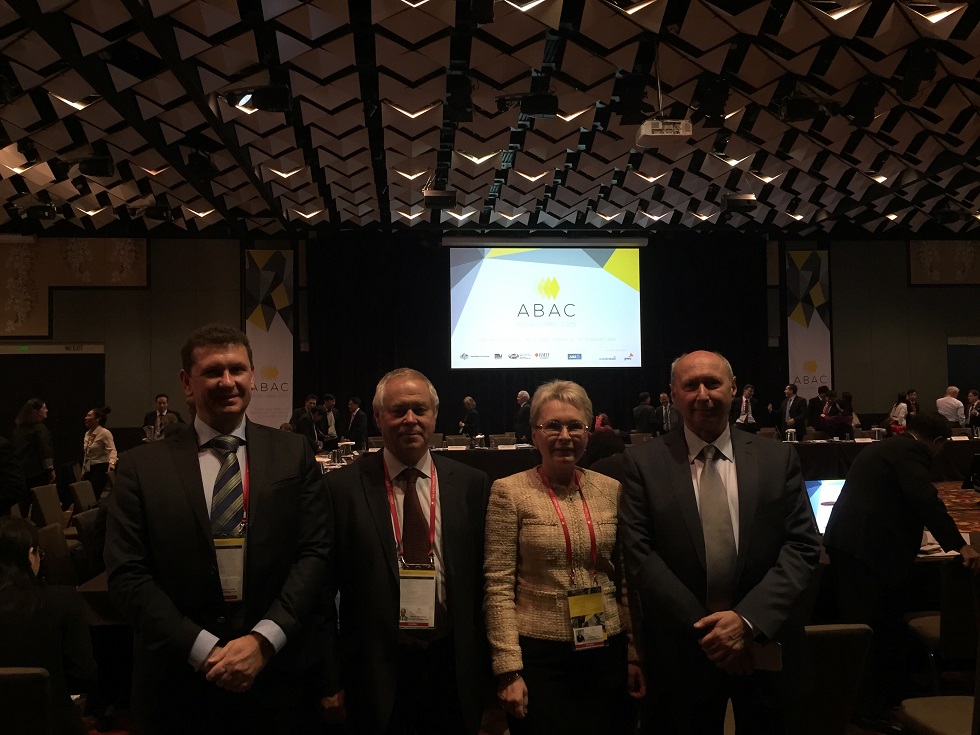 The Senior Partners of Alpha Pacific Group participated in the 3rd APEC Business Advisory Summit (ABAC), which took place in Melbourne, Australia from the 10th until the 13th of August 2015.

During the summit, a number of recommendations and key messages were drafted to APEC Economic Leaders. The recommendations highlighted the importance of supporting the multilateral trading system; acceleration of investment liberalization and facilitation; increasing energy security; promotion of digital and internet economy; facilitation of the development of the mining sector in APEC; addressing skills shortages and facilitate cross-border worker flows; harnessing women’s participation in the economy and build innovation and value-adding activities in SMMEs among others.

The 4th ABAC meeting will take place in Manila, Philippines; together with the 2015 APEC CEO Summit from the 13th to the 16th of November, 2015.

On September the 17th 2015, at the Four Seasons Hotel managing partners Irina Gorbulina and…

Time to Rev up for Race to Ria Bintan!